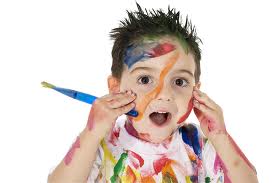 When Children should start formal education

However not all children are alike some may be ready earlier than others however individualized assessment and readiness should be taken into consideration. Some nurseries provide paly-based education without formal education until age 6 that seems more reasonable.

Message is :  Too much too early may have negative impact on the developing brain.

2.There are group of educational experts argued in favor of starting the formal education late like in Scandinavian countries. Their reasoning behind is too much too early can influence the growing brain negatively. We do see in the school system not uncommonly the children who are barely making through the initial years develop constant anxiety and  sometime may lead to negative attitude about the school and whole concept of schooling.

A letter written by 130 teachers, academics and authors said the UK should follow the Scandinavian model and put off formal lessons for two years.

Under the UK’s current system, children start full-time schooling at the age of four or five.

Experts say this is causing ‘profound damage’ in a generation which is not encouraged to learn through play.

But the call was last night dismissed by as ‘misguided’ by a spokesman for the Education Secretary Michael Gove.

Children in the UK are obliged by law to be in school aged five, which the lobby group said is creating a ‘too much, too soon’ culture.

The warning singled out recent government proposals which mean five year olds could be formally tested from the beginning of their schooling.

Under the current system, children are first assessed at the age of seven. But under Deputy Prime Minister Nick Clegg’s proposals, a ‘baseline’ test could be introduced in the first year of primary school.

The group of experts warned that monitoring a pupil’s progress from such a young age promotes stress and fear around learning.

Should you require additional information or would like to make an appointment with Dr. Tahir, please e-mail us at stahirmd@yahoo.com.
Disclaimer: All contents on this site are for general information and in no circumstances information be substituted for professional advise from th relevent healthcare professional, Writer does not take responsibilitiy of any damage done by the misuse or use of the information. (Please call Emergency response or go to the nearest Emergency Room in Case of Emergency).